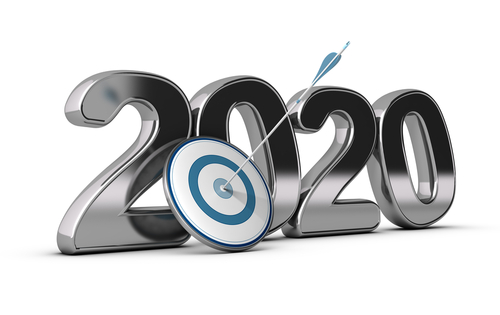 I’m caught in that limbo period between Christmas and New Year so decided to pop into work and do some clearing out and tidying up so that 2020 gets off to an organised start in my little world.I hope those that know me, and  those that don’t, all had a great Christmas and are looking forward to a happy and prosperous New Year.

2020 is an iconic sounding year and one that for decades has been identified as a space age time and place, so far away that it didn’t bear thinking about. Well it is now well and truly about to kick in so I thought I would investigate the predictions and events that were made by those in the know down the years and see how many came to fruition. It is quite fair to say that technology has actually overtaken and exceeded some predictions, and everyday rituals like unlocking smart phones simply by looking at them is a good example of that.

109 years ago a respected British surgeon called Richard Clement Lucas  predicted that our outer toes would be used so infrequently that by 2020 we would only have one large toe on each foot. Thankfully that has not become the case.

The famous inventor, sci-fi writer and co writer of 2001: A Space Odyssey predicted back in 1966 that by 2020 we would be able to move our houses literally. He went on record as saying we would be able to move to new lands by flying our homes to pastures new without even getting out of bed. Looking back I’m not sure he thought that one through properly but that is easy for me to say with the benefit of hindsight.

Technology expert, Michael J O’Farrell wrote a book as recently as 2014 in which he predicted telepathy and teleportation would be possible by 2020 and commonplace by 2040. I think I’ll revisit this one in twenty years time and see where we are at.

Sadly, Time Magazine’s 1966 prediction that by now we would all be wealthy without needing to work has fallen a few years short at least. They predicted that machines would by now be producing so much that we would all be independently wealthy and earning around $300,000 in today’s money per annum. I won’t be trusting them moving forward.

Wired magazine chose 2020 as the year that humans would be arriving and living on planet Mars and they only made this prediction in 1997. They have since rescheduled this historic event to 2030 and that is obviously only another 10 years to wait. NASA however, are advising those interested in relocating to not hold their breath.

An interesting prediction in 1950 by Associated Press journalist Dorothy Roe, was that women in 2020 would be taller than 6 foot in most cases, have size 11 feet, have shoulders and muscles like wrestlers and truck drivers respectively and have proportions that were perfectly Amazonian. Roe’s scientific rationale behind these predictions was that women would be by now, living a balanced diet of vitamins, proteins and minerals that would produce maximum bodily efficiency.

Nikola Tesla predicted in 1937 that within a century we would have all unforcibly given up coffee, tea and tobacco as it will no longer be fashionable to poison our systems with harmful ingredients. Nikola has another 17 years to see how close she was to getting that one right.

In 1913 the former president of the American Meat Packers Association, Gustav Bischoff, predicted that our diets would consist mostly of vegetables because of a shortage of meat. As recently as 2005, futurist and computer scientist Ray Kurzweil went on record saying nanobots capable of entering the bloodstream would render the mode of food consumption unnecessary altogether. I’m loving the health benefits but not the idea of no curry on a Friday night.

Having done my research, I quite like the idea of being a predictor of the future, but I’m going to make mine more short term and believable so I predict Colchester United will win promotion to League One in 2020 and that Essex County Cricket Club will retain the T20 Vitality Blast Trophy that they won in 2019. Finally, I predict England will win  the 2020 UEFA European Football Championship.