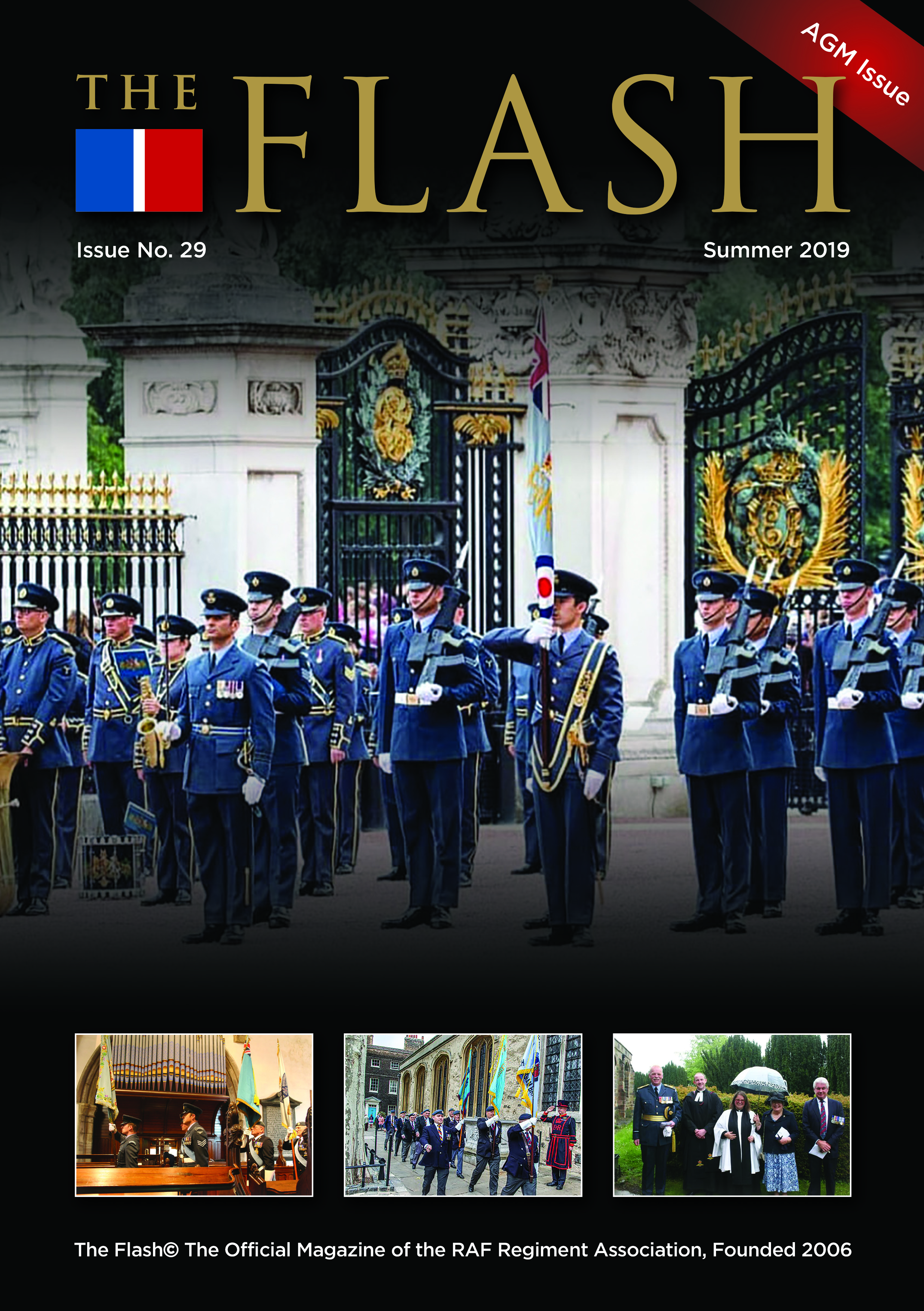 For the last five years Green Square has worked alongside Frank Xavier, National Secretary of the RAF Regiment Association, to create the biannual magazine, The Flash. The project works to ensure all members are fully informed about all news and events within the organisation. It is carefully constructed with short newsfeeds, stunning images and information on country-wide events in a sleek and professional format. Additionally, each edition of The Flash contains the main feature; a Regiment’s historic event’s personal reflection.

However, it would be ignorant to suggest that the magazine is simply a document comprised of all these individual elements; in fact, it seems to signify much more than that. Frank, also Editor of The Flash, stated, ‘Our overall vision is to maintain and promote the esprit de corps and comradeship amongst Former and current members of the RAF Regiment. The newsletter is one of the many tools used to achieve this objective.’ And it’s exactly this sense of community and comradeship that overlooks the reading experience when flicking through. A particularly notable instance of this is on the very back page, titled ‘Roll of Honour’. Here, every RAF Regiment Association member that has passed away since the last edition is listed under a beautiful quotation which closes with the line, ‘We will remember them.’

The Flash exists as more than just a simple magazine. It exists as a reminder of all the incredible work they have done and will do. It also reinforces and exemplifies the incredible bonds formed within regiments. It welcomes new arrivals whilst commemorates those that have passed on. It exists to reflect the actualities of the RAF Regiment Association.

It’s in this spirit that The Flash details its ambition to increase membership numbers in the near future. When asked why he himself first joined, Frank stated ‘Like most members, it was about keeping up to date with Regimental news and meeting as many comrades you served with and enjoy reminiscing.  It was about being proud of having served our Country and remembering the fallen.’ The last twelve months have seen a 6.2% net increase in membership and this is a trend the Association is keen to continue.

When I asked Frank why he continues this partnership with Green Square he stated, ‘I have known Steve Green for a long time now, twenty years in fact. We first met when I was working for a training company which engaged with his services on various marketing projects.’

This proved to be only the beginning. He went on to state, ‘Our friendship evolved into Steve personally supporting me and my work with the Air Cadets. Over the last five years, we have worked on The Flash magazine as well as other marketing projects.’

Steve echoed Frank’s sentiments stating, ‘Working alongside Frank to create The Flash is always a fantastic experience. In the last five years, we’ve produced a number of Issues for the RAF and it is always valuable learning experience for us as we are continually educated on the inner workings of the RAF and all that they do. The fact that we can create a newsletter that encapsulates the comradeship that Frank mentioned is a massive achievement for Green Square and we look forward to our next project together!’

Frank ended our interview with the final comment that ‘Green Square is professional, responsive and willing to go the extra mile for its customers and we know all about going the extra mile in the RAF Regiment!’