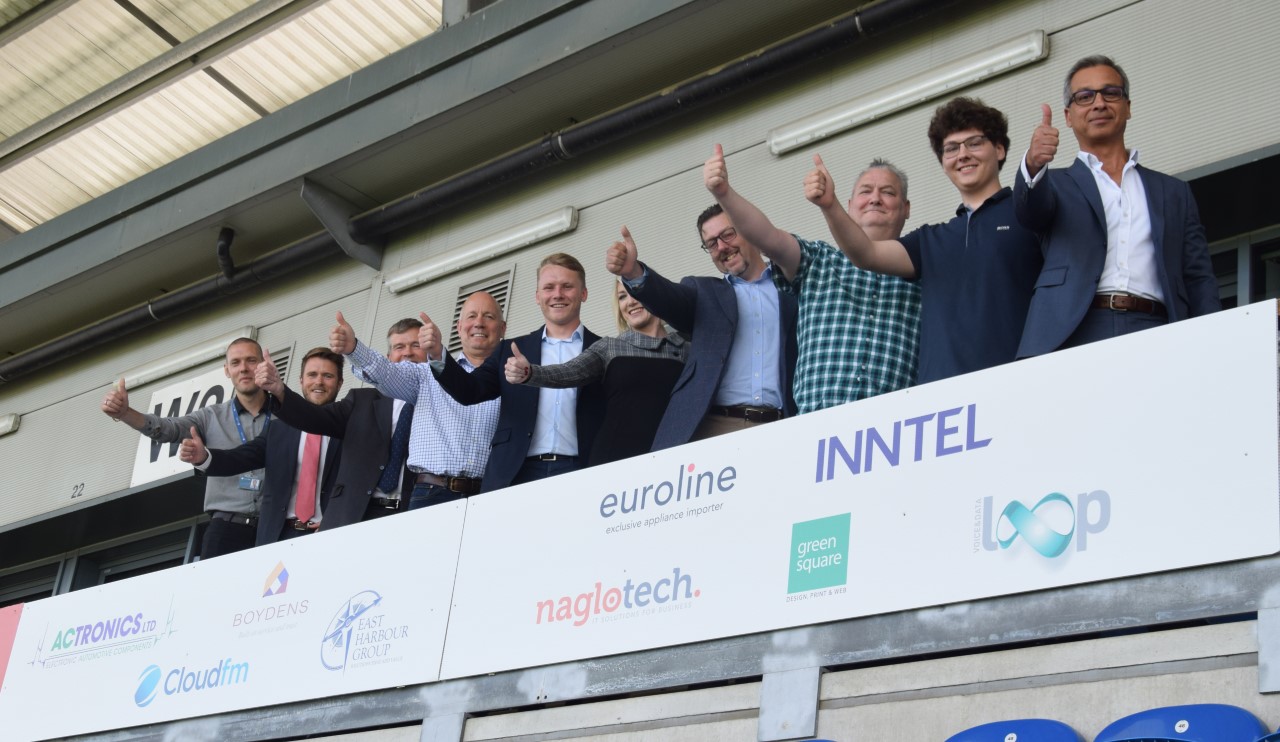 Green Square is proud to once more be sharing a twenty-seater corporate box at Colchester Community Stadium and showing their support for the home team. The company is doing this alongside eight other companies who unite to call themselves, ‘The Consortium’. This is the third year that Green Square has partaken in this particular enterprise and they show no signs of stopping.

Steve Green, director of Green Square, has been a long-time supporter of the club. Since moving to Colchester in 1976 he has only missed a handful of home games and shown avid support and adoration. He states, ‘My father was in the forces, so I was used to living in different places. Colchester was my father’s final posting before settling so it just seemed natural to support my local team. I was always a huge football fan but didn’t really have an affinity with a team until moving to Colchester. The team was a big part of my life growing up and I’m fortunate that I can fit it into my work life too. Some of my all-time heroes are personal friends which I am very proud of.’

It’s this passion and dedication that has spurred on the longevity of Green Square’s support, which has survived both highs and lows. When asked if there were any particularly noteworthy memories shared in the support of the club Steve was not short on answers. He states, ‘The worst memory was getting relegated from the Football League in 1990. I actually sobbed at the end of the last game and just stood in the ground at the end staring at the pitch.’ But if anything, this hurt only enhanced the victories. ‘Two years later was the complete opposite feeling as the team won promotion back to the Football League and got to play at three Wembley Finals in the following few years. I attended all three finals and at one they played my record which was a rather surreal moment. Winning promotion to the Championship and playing at that level for two years was another highlight. The current state of the club and its standing in League Two is a little depressing but I have high hopes of success this season.’

Steve’s support has not just been restricted to attending home-games either. In 1997 his band, Special Duties, released the song ‘Wembley Wembley! (Wembley here we come)’ to celebrate Colchester United reaching the AutoWindscreens shield final. The CD also featured ‘Up the U’s’ and an additional track compiled with interviews with former United players. The songs not only highlighted the band’s personal belief in the Colchester club, but also found its way to wider audiences when played by Radio One DJ, and fellow Colchester United supporter, Steve Lamacq. It’s fair to say that this was a massive achievement for Special Duties, especially when the CD still resonates with so many fans today.

Green Square is excited to watch every home game for the duration of the new season and has every hope for success!